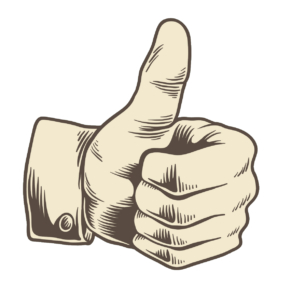 The dictionary definition of this one simple word is ” the expression of approval or admiration for someone or something.”

I would add the word sincere to it. It can be a word with powerful consequences that many people don’t feel comfortable using. Criticism is a more preferable expression. Praise can yield amazing good for the user in business or in one’s personal life that can also make the praiser feel good. It should, however, not be used to obtain anything and is why I added sincerity to the definition. You don’t need to know the person you praise. Their act of kindness, knowledge, or whatever just resonated strongly with you in a positive way and deserves to be acknowledged with a simple expression of Praise.

I always like to offer real life anecdotes to make points more easily remembered. Here are two of mine.
I was winding up one of the 16 ventures I founded as I was reading an interview with an iconic Professor of Harvard Business School in HBS’s alumni magazine. I was stunned by the clarity of his words and breadth of knowledge including street smarts. I immediately wrote him, saying he was the first academic whose business thoughts I agreed with., saying I was a graduate of the school. He quickly replied, thanking me for my kind words and offering to meet on my next trip to Boston.
Fortunately for me I got to Boston frequently as I had a number of good customers there and some close friends including my ex-roommate at HBS. We shortly thereafter met and during our chat, the  Professor asked about my business. I was happy to share and he after asking great questions, asked if he could write a case about it. It took me by surprise, but I was flattered and, of course, agreed.
He then sent down a case writer to my New York office and later he came down alone. The case called R&R was a big success and became one of the all-time best selling cases in HBS history, taught at over 100 schools all over the world. It changed my life. I ended up guest speaking to great Universities for over 30 years, meeting and becoming friends with many smart and nice teachers. I could write a lengthy ancestor chart that emanated from that one short praise letter to someone I didn’t know. It led me into writing three books on Entrepreneurship, two of which I self-published.  Some of my daughters went to colleges that taught the case and were able to sit in my class with a friend. (Made me look smarter than I was.) Over the years many students in the classes followed up with me or remembered my materials and talks which they told me contributed to their eventual success. (very fulfilling)

My second anecdote is of recent vintage. About 3 years ago I came down with Sleep Apnea and discovered many of the doctors here in Florida are not as competent in the treatment of it as they think. If untreated, it can lead to serious problems. It was getting progressively worse when I came across a sleep book written by an eminent sleep doctor At Mass General hospital in Boston and published by Harvard Medical School. He devoted 8 pages of his book to Sleep Apnea, which taught me more than I knew from three years of South Florida doctors. I wrote the Boston Doctor and told him so. He wrote me back from my spur of the moment Praise and told me If I’m ever in Boston, he would be happy to see me despite fact he doesn’t take on new patients. I thought a lot about his generous offer and my growing sleep problem and decided to fly to Boston with my wife for a 40-minute appointment. It lasted 2 hours plus some tests with the result that I got an accurate diagnosis and was put on the correct treatment path. I would now say My Praise letter gave me a few additional years on earth.

So hopefully when you have a wow moment after witnessing an act you greatly approve of or admire, you might think of Praising the Wow creator. It should eventually require no thought and come to you naturally. It’s a win-win for you personally and the recipient.

In today’s world of negativity where many don’t even use words like Please and Thank You, your example will stand out and maybe even be rewarded like anecdotes above.