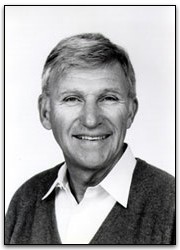 Bob Reiss grew up in Brooklyn and attended the New York City public schools. He is a graduate of Columbia University (where he played on an undefeated basketball team). He is a U.S. Army veteran, and a Harvard Business School graduate. He has been involved in 16 start-ups and is the founder of a number of highly successful companies, including R&R which was named to the Inc. 500 list of America’s fastest-growing companies for three years in a row.

He has been the subject of two Harvard Business School cases—taught at more than 100 institutions around the world—and has been a guest speaker in entrepreneurship classes at the undergraduate, graduate, and executive levels both nationally and internationally.

He has written two books on Entrepreneurism titled Bootstrapping 101 and Low Risk High Reward plus two e-books titled Sales Reps and Self-Publishing YOUR Book.  He is married to an entrepreneur and has five daughters.

The interview is from an archive that captures insights from the leading members of the school’s entrepreneurial community. Entrepeneurs speak on a common set of themes including their development as entrepreneurs, strategies for identifying opportunity, and leadership.

Q&A interview by ex HBS Professor Amar Bhide, who taught the R&R case many years, with Bob Reiss about the case.

Most Entrepreneurs and students have a shortage of time. These mostly one sentence Tips are designed to address this problem and their desire to improve their company.

Many tips have a link to a germane article related to the Tip.