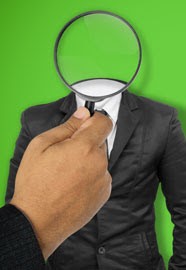 There are many ways to find productive independent sales reps for your company including referrals from existing reps, industry-specific associations, customers, employment companies that match reps and manufacturers, industry magazines and trade shows, ads, social media, etc. All of these work. However, I have discovered another way for locating high-quality ones that you can’t just look for.

The best way to describe my experiences discovering this non-traditional rep avenue is to observe your environment and the people you come across — even a waiter in a restaurant with an upbeat personality who exhibits some smarts and a strong work ethic, which makes you think why is this person waiting on tables? They should be in a more challenging, higher-paying job.

Here are some specific examples I have happened upon and subsequently hired someone to sell.

When I worked in a large office building in New York City, every year one salesperson would drop into our office to sell industry guides that listed buyers, management, their addresses, and contact numbers. Annually we purchased a guide for two industries that we sold extensively. He carried about six different (heavy) industry guides with him on all calls. He was a fun person to talk with and had extensive knowledge of all the industries whose guides he was selling.

After several of his calls, I felt he could be a terrific salesman for us for New York. I broached the subject and he was interested. I hired him and paid him on a commission basis with a guaranteed draw to start. He did an amazing sales job dealing with tough NYC department store buyers and got to know all their bosses. After two years, we promoted him to be our national sales manager in charge of hiring all the sales reps in the country, training, motivating and monitoring them. His earnings tripled at least and he was one happy person. Needless to say, he was extremely loyal to us and always looked after the company’s interests.

Moving From Buying to Selling

We sold our wares nationally, primarily through sales reps. Buyers for major retailers would come into New York City at least twice annually to visit our showroom, attend a trade show and shop for the latest products that would fit their customer base. This process and our visits to their stores led to many friendships and relationships that resulted in finding young buyers who you knew had what it took to succeed. Many were frustrated by the bureaucracy, low wages, and long waits for promotion in their industry and company. The really good ones who had the natural people skills and who lived in territories where we couldn’t seem to find good sales reps were approached by us to switch hats from buying to selling and become our rep.

They invariably liked the idea but were reluctant to chance the commission approach to compensation typical of the industry. In many cases they had major expenses involved with their children and accustomed lifestyle. To counteract this legitimate concern, we contacted other non-competitive suppliers in our industry. We found two companies who were also unhappy with their current reps in the same territory and liked our approach to solving our mutual problem. So, three suppliers hired the rep, and the commissions we were currently paying for the business in the territory exceeded the rep’s salary for his buying job. We did this eventually in three different territories, and the end result was a win-win for all. Our sales in each territory went up substantially, the reps increased their income at least threefold, and we had loyal and grateful reps for a long time. Their lives were literally changed.

A similar major experience occurred with a close friend of mine who was the sales manager for a major toy company, selling the big accounts across the country. He was a great salesman but not happy with the rewards of excellence in his large company. He and his buddy — also a sales manager of a large toy company in the same building — would always talk about quitting their jobs and starting a sales rep company.

My game company specialized in selling all the department stores and direct response businesses but none of the big box retailers like Toys R Us, K-Mart and discounters. At one point, we decided that we wanted to start selling them and figured out a strategy to appeal to them. We, of course, then needed a strong rep group to sell for us. The only thing I could think about was to convince my buddy and his friend to quit their jobs and go for their dream. Even though they both believed they could sell all these big accounts that they knew well, it’s hard for many to pull the trigger to give up a salary for the risky commission world. We put a package together to make it happen.

We had a 10-year lease on a small office/showroom in the toy building where they currently worked. We only used it three weeks a year because at the annual toy show buyers would not venture two blocks away to visit vendors. So, we gave them this office to use rent-free until the day they could pay the rent. I also had so much confidence and trust in them that I gave them a guaranteed draw against future commissions that was enough to push them over the edge and to go for it and start their rep group. The results were phenomenal for both of us. They quickly put us in Toys R Us, Kay-Bee, and every discounter in New York and New England, which was in their territory. At the toy show they gave us major display space and let us work the line with them and meet all the key buyers and their bosses. They eventually moved to a large major showroom and began to allocate some of their time to monitor their pension plans and investments.
These above stories basically illustrate how we persuaded capable people to leave their jobs to become sales reps. Their lives were changed for the better. You can only imagine how loyal they were to us and to the sale of our product.