Coincidentally, I received an email a few years ago from Bob Reiss, A Harvard Professor in entrepreneurship. He shared how we had the same name. Soon after we spoke and built a friendship out of respect out of working on two sides of the same coin of growth: me interviewing CEOs of enterprises, Bob teaching entrepreneurship. Most significantly Bob shared a story of his personal entrepreneurship journey — which to me is a case study, perhaps more important today than ever. The insights are the recipe for any entrepreneur to to succeed — without cash infusion, and with no risk in a high risk industry. Here is the story:

“A six sentence cold call letter led to a one-employee venture that produced $7,300,000 with $3,000,000 in profit on an investment of $50,000 in less than one year and impacted over 100 Universities worldwide in their teaching of Entrepreneurship. Harvard Business School did a case study on this venture titled R&R, which is entering its 35th anniversary, and is one of their best all-time selling cases and is as relevant today as when it was written.”

The VENTURE—A Trivia Game based on television and licensed by TV Guide in 1983 to capitalize on the soon to be opportunity of the craze Trivial Pursuit would create in the US. 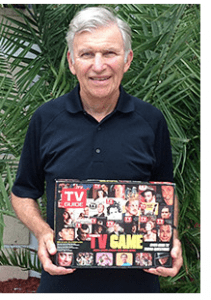 WHO? Bob Reiss, who had 20+ years in the Toy/Game Industry and many start-ups under his belt. More importantly, he had strong positive relationships with all the parties that could make the game a success. He knew of the wild success of Trivial Pursuit in Canada, where it was invented. After five years with the public company who had purchased his game company, he left to start over again with one secretary in a small N.Y. office.

WHY WAS THE TV GUIDE GAME SUCH A SUCCESS?

It was one of the first games to follow Trivial Pursuit, which couldn’t keep up with their orders. The subject of television was known by all as was TV Guide, whose weekly magazine had a circulation of over 17+ million and was sold in most of the large retailers. Proof that you needn’t invent something to start a business.

Some of the actions that made it such a profitable venture. ­

FIXED COSTS WERE CONVERTED TO VARIABLE COSTS, which reduced risk and need for cash. Examples include using Sales Reps who were paid only on orders they got, TV Guide Royalties was paid on receipt of payment on sales and no guarantees, Inventor paid on sales, fulfillment costs were only generated by sales.

FACTORS—were used mainly to check credit with guarantee that all bills were paid.

TESTING—by creating a quality prototype and copy of ad to run in TV Guide, we had over $3,000,000 in advance orders, well beyond break even, by the end of Toy Fair.

PRICING–The cost of product, including warehousing and shipping, was only $3.10, and our Selling Price was $12.50, compared to Trivial Pursuit’s $19.00. High Profits were mainly due to using books for questions, rather than cards, resulting in no collating needed.

RELATIONSHIPS—Over 25 years of strong relationships with all parties except TV Guide, which was quickly built. This was key to sales and efficiency and proof that technology need not dominate.

WHY IS THIS CASE RELEVANT TODAY AFTER 34 YEARS?

Perfect Example of Bootstrapping, which is pursuit of success with limited resources (shortage of money, knowledge, essential contacts) and with the help of others.

Wide Market for Case—Taught at Entrepreneurship classes at Undergraduate, MBA, and Executive levels plus Engineering courses, Negotiation classes, and a high percentage of schools around the world.

Relationships can trump technology in many situations.

…. In summary it is my hope that this great case study inspires many entrepreneurs to start, bootstrap and succeed in their new venture, as to me the heart of America is innovation and entrepreneurship.